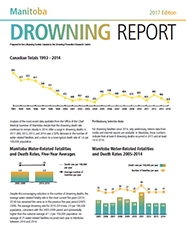 Lifesaving Society Manitoba reminds Manitobans to manage your risk. Take a minute to evaluate the drowning risks you face each day, be it playing at the waterfront with kids, boating, or fishing.  Wear a lifejacket, supervise children, and remember that alcohol and boating or swimming do not mix.